Added 2 years ago by
55 Views
Puccini’s La Bohème reworked for violin and piano. The musicians Mathis Halvorsen and Mathieu van Bellen themselves arranged the score, bringing together the parts of the soloists, the choir and the orchestra into a piece for only two players. The performance is accompanied by projected text, including subtitles, scene descriptions and sections from Murger’s novel “Scènes de la Vie de Bohème”.

Drawing on arrangements from Puccini’s contemporaries Kreisler and Godowsky, the musicians have strived to utilise a vast array of colours and textures. Ranging from intimate love scenes to buzzing streets filled with soldiers and children, the arrangement is meant not only to reflect Puccini's orchestration, but also building the imagery and the life of the characters on stage.

The parts of every character are performed by either piano or violin, and each is given a distinct colour. To strengthen the individuality of each identity the musicians have worked with a chosen singer’s performance of each part, which they use as inspiration for timbre, timing and character manifestation. The goal is that each character come across as having their personality, and not all directly reflect the musician performing them.

The words and the narrative is brought to life by text projected on stage during the performance. This will include most of the subtitles for the dialogue, as well as stage descriptions and sections from Murger’s novel “Scènes de la Vie de Bohème”, on which the opera is based.

The idea behind the project is to bring Puccini’s masterpiece to life in a new, transparent and more intimate way. In this marvellous opera the words, music and story melt together in a uniquely poetic fashion, and our aim is to spotlight these achievements, opening up the piece to an audience not normally invested in opera. This project approaches La Bohème from the perspective of telling rather than showing a story, and leans heavily on the power of imagination as a trigger for entering Puccini’s world.

»The Norwegian pianist Mathias Halvorsen (also the curator of the Podium Festival in Haugesund, which is one year older than the Podium Festival Esslingen and shares the same artistic approach) reveals the essence of a risky venture. Halvorsen and the Dutch violinist Mathieu van Bellen perform the opera "La Bohème" as a mentally silent film production. The entire score is divided between these two instruments, without missing a single note. Regardless of the singers, who do not exist, the two musicians follow Puccini's detailed playing instructions, at the end they even reach the actual Toscanini tempi. Van Bellen sometimes seems to grow a sixth and seventh finger and Halvorsen two more hands, especially in the second act, when they let the Bohemians rejoice in the hustle and bustle of Montmartre, with its intermixing of children's choir and military band. Off to the right of the musicians, texts and stage directions are projected on a large screen, so that in the minds of the audience Rodolfo's attic room, the streets of Paris, and Mimi's deathbed come to life more vividly than on any opera stage. Pucchini's music, liberated from all its furnishings, reaches right into the unguarded regions of the listener's vulnerable heart, allowing the audience to indulge with unfettered delight in the play between virtuosity and kitsch. A particularly rewarding venture – but looking back on the entire festival, every smallest opportunity is remarkable, where the music itself does just as it pleases, true to the Podium motto.« (Julia Kaiser reviewing the premier at PODIUM Festival Esslingen for Neue Musikzeiting / Translated from German by Margy Walter.) 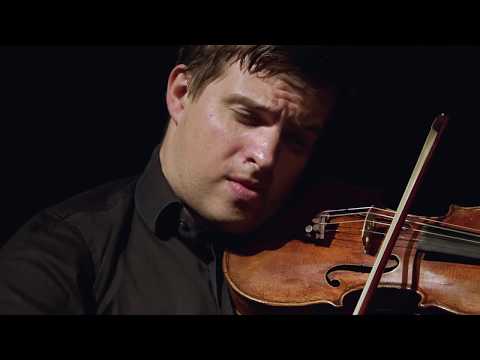