Added 1 week ago by vindheim
4 Views
Producer and DJ from Bournemouth, UK, FuntCase aka James Hazell is known for his raw and dirty sound, forging the way with his controversial ‘filthy’ style. “FuntCase produces sensory overload bass music that wobbles, womps and machine guns through your body, making you dance whether you want to or not.” James first expressed his love of music through jamming with his schoolmates, taking his energetic and aggressive drumming style from death metal as well as being heavily influenced by happy hardcore and jungle, growing up to a background of Helter Skelter and Dreamscape mixtapes.

In 2009 James began to dabble with producing dubstep, giving his tunes a big energy by incorporating the drum and bass layering technique into his dubstep sound. His first track ‘Make Our Day’ was quickly signed to 4:20 Records. And so began the raw sound that is FuntCase. It wasn’t long before FuntCase began trading tracks with Doctor P, and an offer soon followed to bring James into the Circus Records camp with the release of his famed track ‘So Vexed’, with ‘Mattress Punch’ on the flip, in 2010.

Since then the phenomenon has grown, FuntCase has become a legend of the DJ world. With an incredibly loyal fan base Funty is known worldwide for working hard, playing hard, travelling hard – and DJing hard on stages globally. Over the years, championing other artists in the scene with his DPMO compilation albums and expanding the brand into its very own clothing line, it was a natural progression for FuntCase to head up his own imprint label falling under the DPMO brand. The first release, “Corruption EP” gave us a glimpse at what’s in store for his label as well as showing no signs of FuntCase slowing down when it comes to releasing neck breaking new music guaranteed to open up a pit where ever it’s played.

For your chance to hear the XO Podcast ad-free, become a XO Patreon Producer, and more please visit: https://www.patreon.com/thisislizzyjane 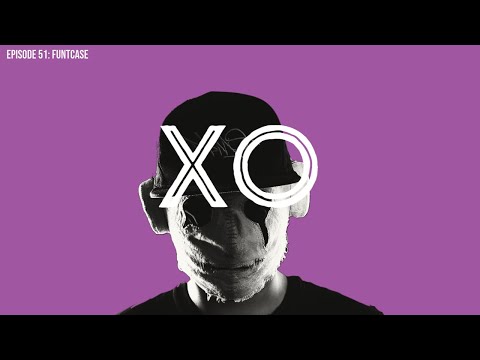 Producer and DJ from Bournemouth, UK, FuntCase aka James Hazell is known for his raw and dirty sound, forging the way with his controversial ‘filthy’ ...