Added 1 week ago by
4 Views
Sandnes is a town and a municipality on Nord-Jæren and in Ryfylke in Rogaland county.


The town of Stavanger / Sandnes is defined by Statistics Norway [1].

NS Krum's map of Sandnes from 1900.
Sandnes town is located in the innermost part of Gandsfjorden and is the municipality's administration center. The city was originally best known for its bricklaying and pottery industry, while the production of textile products and bicycles has put the city on the map in recent times. The business community today is characterized by a lot of oil and gas-related activities. Sandnes has historically had a close connection to bicycles when Den Beste Sykkel (DBS) started its production of bicycles here in 1892. The "bicycle town of Sandnes" is important, and there is a lot of cycling paths in the city. The North Sea race has its finish in the city. Every summer, the Blink Festival is held in the city center, where the world elite in skiing and biathlon gather. The city also houses the Science Center, a museum that, among other things, disseminates knowledge about science and technology through various exhibitions.

Sandnesgauken is a clay hawk made in Sandnes since the 19th century, originally distributed as an advertising product for the extensive brick and ceramics industry which from 1783 was established there. Gaukene has since become a trademark and symbol for the city, the municipality, and the inhabitants. In Sandnes' municipal coat of arms, there is a sandnesgauk "in silver on a green background". The mark was designed by Johannes Haukland in the 1950s and officially approved in 1972. 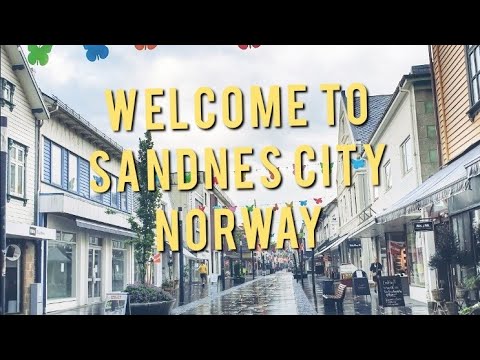 Sandnes is a town and a municipality on Nord-Jæren and in Ryfylke in Rogaland county. The municipality borders Gjesdal, Time, Stavanger, Klepp, Sola, ...